Ask yourself...who do you write for? 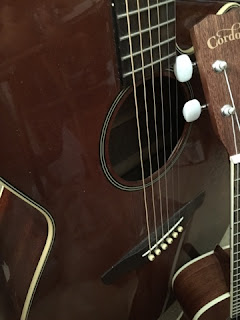 Who do you write for?

I am not going to lie. I have been struggling lately when it comes to songwriting. I've not been struggling to write, just pondering a serious question. What is the point of writing a song if nobody is going to hear it. I think it is a common thought that passes through the heads of many songwriters. I even took a little break from songwriting, but my subconscious didn't get the memo because I wake up with tunes and lyrics in my head.

A lot of songwriters, me included, think too much about the end result like radio play, major artist cuts and the like. But way back when, songwriting to me meant living in the moment and capturing a feeling versus making money.
For example:

"Are the streets paved in gold?
Does heaven look as beautiful as we've been told?
Is it everything you hoped it would be?
What I really want to know, is what's it like in eternity?"

This is a verse of a song I wrote many years ago after losing my Dad. I have never sang this song for anyone. I really don't plan on it because it is so personal and sad. I wrote this song for myself. I have written many songs that I have never played for anyone. These were written entirely for me for either therapeutic reasons or just to put a thought down and maybe come back to it later. Sometimes I steal a line from a song I wrote years ago.

I posed this very question to my songwriter friends on Facebook. "Would you continue to write songs if you knew nobody would hear them?" The majority said they would continue writing regardless of the audience or lack thereof. I found that the majority of artists perform their art for personal reasons that run so deep it cannot be explained. One friend said they can't imagine their life without songwriting. To me, that's sounds like something on the soul level. That is so much more than a hobby.

I had a family member tell me once, "When you finally get Nashville outta your system, come on back home to Missouri." Well songwriting is something that never leaves your system I've found. Living here in Nashville is just a bonus and I'm not going away anytime soon.

For me...I just want to write a songs that means something to me. I truly do not care if anyone hears them. But it would be icing on the cake if they did hear and they did enjoy. Speaking of which, here is the link to my music.

I hope you continue writing for you. If you build it, they will come...right? I sure hope so.