Life is good in Biloxi, Mississippi!

Just back from vacation to the beautiful gulf coast area. It was so peaceful and HOT!! The food was awesome and the beaches were perfect. I wish I had won a few bucks at the casino, but we had a blast either way.

Biloxi, MS is a great place to get away if you don't want all the hassle of a Florida beach. From a songwriter's perspective...you could find a spot on a Biloxi beach where you could have privacy, write some tunes and drink a couple and not have to worry about being stampeded by a tribe of ghost-white suburbanite vacationers. Biloxi truly has an "Artist" vibe. I highly recommend this place. Check out downtown Ocean Springs too, specifically Government Street Grocery. The food and staff were amazing. 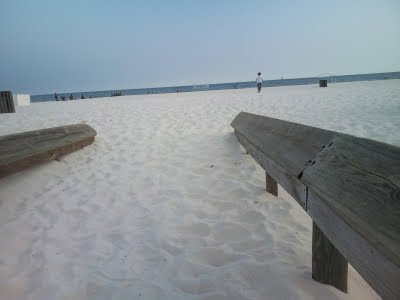 Be grateful, ignore doubt, love the moment you are in, visualize your dream and by all means...stay the course you have chosen.


Phil
Posted by Unknown No comments:

This is a repost from a couple years back. Today is Jeff Allwood's Birthday and I just wanted to share my story of how we met. He was such a wonderful guy.


Let me tell you how I had the pleasure of meeting Jeff Allwood.

I met Joe Allwood on the first day of kindergarten waiting for the bus. We were best friends all through school and graduated together. Joe's little brother Jeff was always there with us after school and on the lucky weekends when I got to stay the night at their house. Jeff, Joe, Johnny Warren and I sang in a barbershop quartet in high school. Their Mother Judy Allwood was my music teacher starting in third grade until I graduated. Their Dad was our high school principal. They were truly my extended family.

Jeff, Joe and I were like the three stooges at times. We would laugh and joke until we ran out of laughter, take a break and do it all over again. When I was 17, we started a country band and Jeff played lead guitar. We played several gigs together, including one for the entire Clopton High School where I graduated.

Jeff taught himself to play guitar, piano and eventually any instrument with strings. He was probably the most talented musician I have had the privilege to share a stage with, an event that happened way too infrequently. But I cherish every second I spent with the other two stooges.

Miss Judy was our biggest fan. She said our harmony was like that family harmony that is so rare. I have not sang with the Allwood brothers since the late 90's I guess. I always thought we would do a reunion show at our old high school when we were old, gray and wildly successful.

That show will have to be in some other place and time because Jeff passed away March 20th, 2009. He was an inspiration to us all by always pursuing his dream of playing music for a living, which is all he ever did.

I am going to miss my friend. Life is short folks, don't waste a second.