Vince Gill & Friends at the Ryman 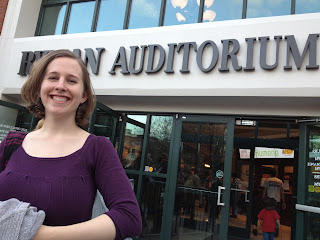 Last night I treated my Daughter to a concert at the historic Ryman Auditorium in downtown Nashville. I called it her "Thank you for giving me a Grandbaby" present.

Now just getting to see Vince Gill would have been enough, but the list of special guests was amazing. His hall of fame band included Paul Franklin, legendary steel guitar player. Dawn Sears sang like an angel as usual. Then he brought out Rodney Crowel and Emmylou Harris!!

After an intermission, Vince sang some classics and then surprised us all by bringing out Patty Loveless! I cannot describe how much these two people have influenced me over the years. I'll admit that a few tears rolled down my cheek when Patty sang "If my heart had windows".

Thank you to my Daughter for joining me and thanks to Vince Gill for putting on such a fantastic show.

Phil, that show is just one of the things that make us so lucky to be a part of Nashville! Kudos to Vince & friends and to you and your daughter!